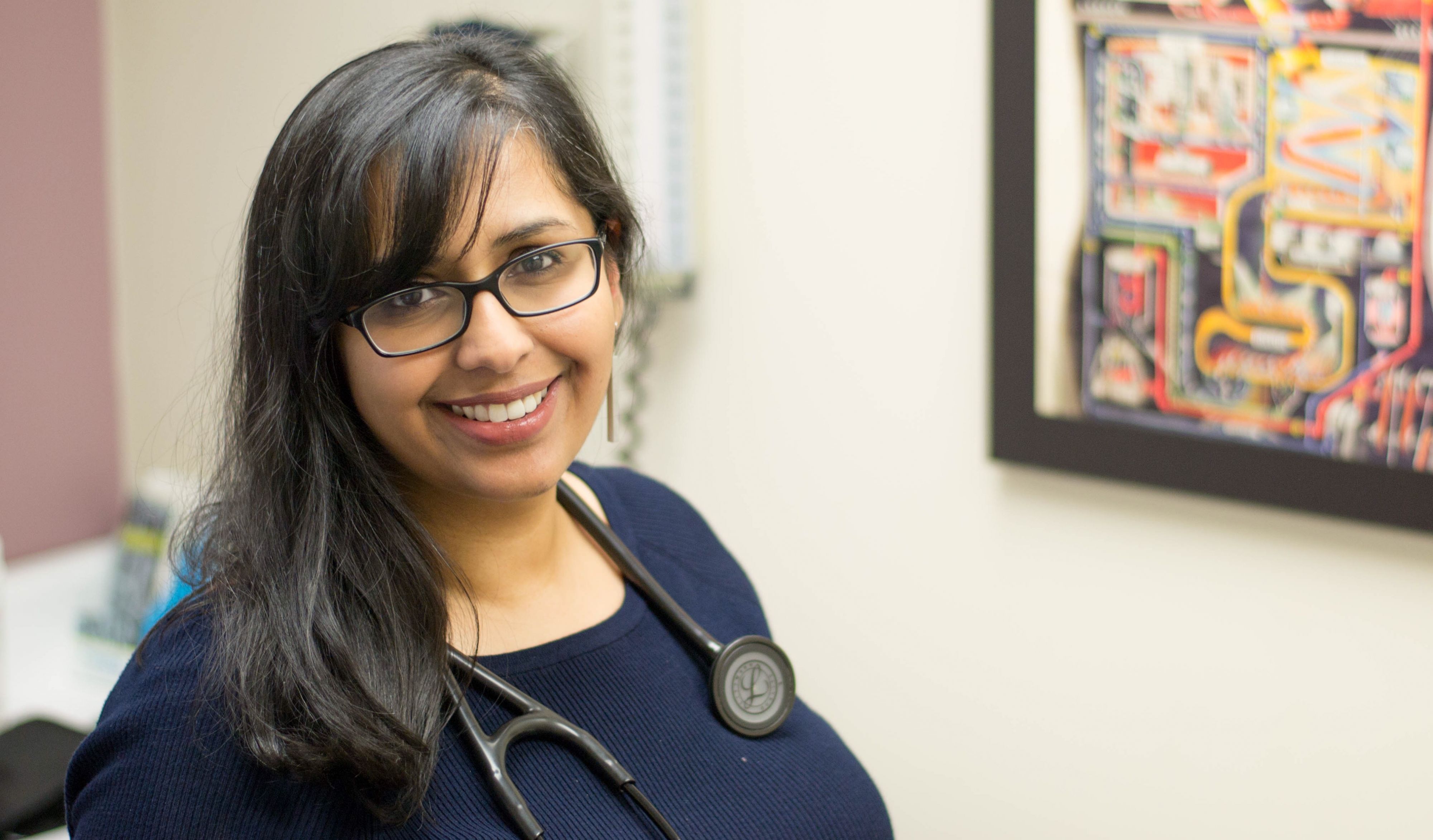 Dr. Nadia Alam is the immediate Past President of the Ontario Medical Association and a lecturer at the University of Toronto Department of Family and Community Medicine (DFCM). After the completion of her presidency in April 2019, she went back to being a practicing family physician in Georgetown, Ontario. We spoke to Dr. Alam about her time as President of the Ontario Medical Association, the lessons she learned about leadership and her advice to others seeking leadership roles.

How did you get involved with advocacy and the Ontario Medical Association (OMA)?

I got involved with advocacy because I was upset with the status quo. I did not like how the government was treating physicians and how medical organizations were responding to the government. So, starting in 2014, I started writing op-eds in various publications like the Toronto Star, The Huffington Post and the Toronto Sun, and people started sharing what I was saying on social media. My writing got a way bigger response than I anticipated because what I was saying resonated with doctors.

I got involved in the OMA because I wanted to make it more agile and more responsive. I never imagined I would become President – and certainly not so quickly - but I had a lot of support, and it was truly a team effort to get me there. I was very fortunate.

What did you learn about leadership during your presidency?

I realized it is very easy to be a critic and point out faults, but it is much harder to improve those perceived faults. You cannot just walk in and make change – you have to work with people to effect change and win them over to your vision. Change management is incredibly important – if you’re not providing a plan and tracking change, you’re not going to succeed.

Organizations are also very complex systems in themselves – it takes time to learn about their strengths and weaknesses. You have to recognize that there are pre-existing plans and agendas that can be valuable resources -- or that may take time to shift to the new vision. You have to be patient.

I also learned the importance of taking time for myself. I felt burned out by end of my presidency. While I cherished the experience and immensely appreciated my time there, I overextended myself and had to take time to recover. In reflection, I realized I should have relied on my support system - my husband, my family, my friends - more heavily.

Why is it so important for family physicians to be in leadership positions?

Family medicine, in particular, is a field that really looks at the whole of a patient and the health care system, and that kind of perspective is invaluable as a leader. That holistic approach makes you more creative and open to ideas that come from varying levels and people.

What’s your advice to those thinking of taking on more leadership positions?

I was fortunate to have a close group of friends and colleagues I could rely on to give advice and support. I felt I could tell them anything, and they could tell me anything – even the tough things. Having people who saw you for yourself, who knew how to support you when you were doing something right, and be honest with you when you were making a mistake is invaluable. So having that safety net is incredibly important. My advice would be to build that support system – that is what gets you through the hard days. It’s not some innate talent, it’s grit and that support system.

Also, don’t discount your own ability to be a leader and affect the kind of change you want to see in the world - anything is possible if you are open to it. I never saw myself as a leader, but then I found myself in that role and became someone who rallied physicians to change. People are fond of labels, but we need to recognize we can make personal and professional changes at any time in our career. So be open to opportunities that knock on your door and recognize that even in adversity lies opportunity. Several years ago, when there were many threatened cuts to the healthcare system and while I was recovering from maternity leave, I rose to one of the most meaningful experiences in my life.

What’s next for you?

Right now I’m in the middle of my exams for my Masters in Health Economics, Policy and Management at the London School of Economics and I’m back at work and enjoying it. Looking back, some of my rise to my OMA Presidency was part luck and accidental – so I want to be more deliberate in seeking out leadership opportunities moving forward so I can better balance work and life.

But my time at the OMA really was one of the most rewarding things I’ve ever done. I think that if one of my kids becomes a doctor – and I hope they do because it’s an amazing profession – I hope I helped build a better healthcare system there to support them when that happens.